I’ve been known to wait until the last minute to do my gift shopping. But this year my husband’s family isn’t going to be around so we celebrated the holidays early and as I saw what presents resulted in screams of joy, I thought I’d share the winners with you. Here are some ideas for kids of all ages. 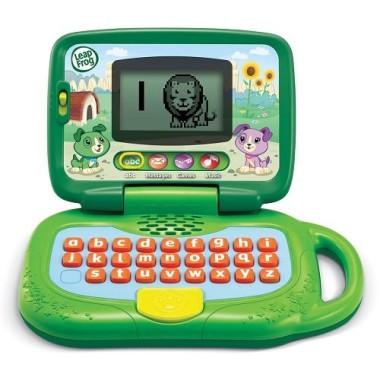 I strongly believe that every toy you give at this age should be educational. My son is 2 years old and loves his alphabet so we got him the Leap Frog My Own Leap Top. It reinforces letters but also helps with the letter sounds. In less than a week he’s already making some letter sounds. It’s so much more than just the alphabet though; with animal lessons, many different songs and even an “email” function. He carries it around like a little briefcase brings its to his little table to play with while he eats. At a really affordable price point, it’s a win with enough content to easily keep a 1 or 3 year old engaged. 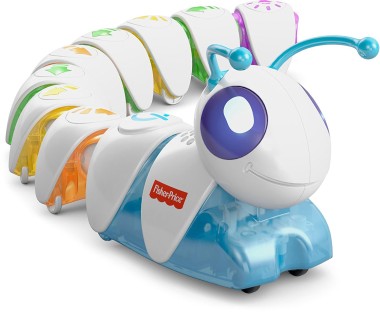 At this age, looking at the toys on the market it’s easy to start forgetting they are still learning at an incredible pace. While action figures are fun, the best toys keep teaching without them even knowing they are learning. Fisher Price recently came out with the Think and Learn Code-A-Pillar. The body is made up of 8 different segments, and the direction the Code-A-Pillar moves depends on how you connect the body. A child must use their critical thinking, reasoning and problem-solving skills to guide the Code-A-Pillar. It comes with two targets to reach but my nephew quickly turned the hole living room into an obstacle course. This is also a gender neutral toy which I think encourages sharing between him and his sister (who wanted to play with it). 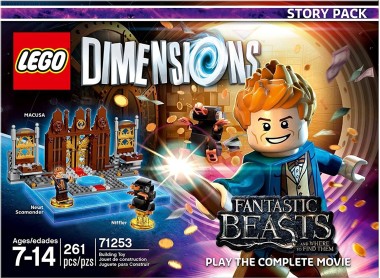 At this age they are really opinionated and know what they want. They are starting to become attuned to pop culture and starting to love movies and video games. Lego makes a game for most systems called Lego Dimensions. This is an interactive world where characters from TV and movies (Batman, Bart Simpson, Scooby-Doo, etc.) interact. What is great about this game is that you can buy “stories”that add special levels to the existing game. Picking a gift becomes so much easier when you can buy the latest movie as an add-on story. I bought the Fantastic Beasts and Where to Find Them story, and the resulting scream of joy confirmed it was the perfect. 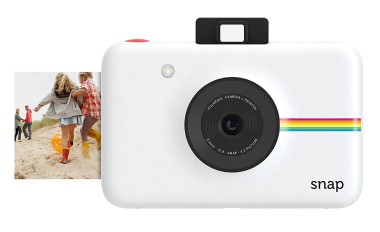 This is when it gets really tough unless you’re buying hi-tech products. At this age they expect everything to have a touch screen. They’ve grown up with cameras on their devices and may never have seen a roll of film. They are a completely digital generation but when they go to school, they still have lockers and note pads. When I was in school we used to print out photos and stick them to the lockers. You might be surprised to find out they still are taking pictures and printing film just like we did in the 80s. Polariod cameras are back and the tweens are some of the biggest customers. What’s better than taking a selfie and being able to hold it in your hands 60 seconds later!

Happy holidays everyone and whatever you chose to get, I hope it brings as much joy as these gifts brought my family!

Limor is an on-air lifestyle and entertaining expert. She loves to share her favorite finds and recipes.

Limor Suss is a lifestyle and entertaining expert. You've likely seen her on her on your favorite morning show. This is where Limor and her team of tastemakers share entertaining ideas, recipes, and fun finds.